With its cultural and architectural diversity, South Shore is a neighborhood that CAC looks forward to featuring during Open House Chicago each year. CAC friends Mary Steenson and Cheryl Cook can attest to the unique character of South Shore living.

The South Shore at a Glance

Like so many neighborhoods in Chicago, the makeup of this community has its own distinct character. Two events sparked the neighborhood’s original commercial and residential development: its annexation to Chicago in 1889 and the World's Columbian Exposition in 1893. By the 1920s, South Shore was one of the fastest growing neighborhoods in the city, and it has been home to a diverse array of communities in the decades since. 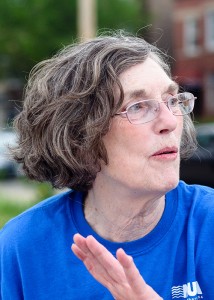 Mary Steenson is a CAC docent who had aspired to call Chicago home for many years. Now residents of South Shore, Mary and her husband know what it is that makes the neighborhood so special. “We moved to Chicago in 2007,” she explains, “not for the weather but for the culture and extraordinary architecture.” The Steensons reside in the Windsor Beach Apartments at 7321 S. South Shore Drive, part of the National Register of Historic Places on Lake Michigan. To live in such an architecturally significant building, designed by Robert de Goyler, is an opportunity that Mary describes as “an impossible dream.” Whether building a community garden on a blighted lot, leading walking tours of South Shore Drive or once again greeting Open House Chicago visitors to the Windsor Beach Building—naturally her favorite OHC site—Mary is always busy. She and her neighbors are excited to welcome visitors during every Open House Chicago weekend. 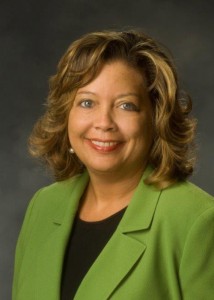 Cheryl Cook is the Manager of Civic and Cultural Giving with Allstate, a company that has been a main supporter of Open House Chicago for five consecutive years. Cheryl grew up in the neighborhood and reminisces about the exciting and diverse community it was at the time, dotted by unique restaurants, distinct retailers and specialty grocers. Because South Shore was once a stable neighborhood with a middle- to upper-class population, its current and former residents can't help but feel concern over the challenges the neighborhood has experienced over the past decade. That’s where Allstate comes in. “South Shore is only about seven miles from downtown Chicago. It borders the revered University of Chicago and is the gateway to Pullman, now a National Historic Landmark District and yet, it seems that it isn’t quite the neighborhood it used to be,” Cheryl explains. “Allstate is supporting this neighborhood because we believe that it will bring about the change that Chicago needs and the community deserves.”

Be sure to add some beautiful South Shore sites to your next OHC weekend itinerary. Stony Island Arts Bank, New Regal Theatre, Our Lady of Peace Church, South Shore Cultural Center and the Coastland have all opened their doors to past OHC visitors.

What does OHC have in store for local festival-goers and Chicago visitors alike? Be the first to know about the new and returning Chicago places and spaces you can explore during this annual event.

Better Know a Site Host: Jerald Gary of the New…