The Future, 2211
In the year 2211, Chicago is geographically segregated and virtual reality is the primary bridge for staying connected across neighborhoods. Teens Octavius, Tsang, Codex, Gabriela, and Rafael are assigned to the City Planning Council for their Year of Civic Service. They struggle to come together to make decisions that will affect a neighborhood that none of them live in. 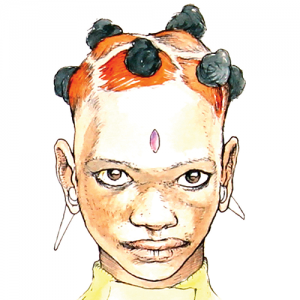 Codex loves the 19th and 20th centuries. She dresses up in styles fashionable 250+ years ago, listens to old popular music and collects historic objects from the era. Her family has inherited a large collection of oral history recordings, images, maps, and books about Chicago history, design, and planning from an ancestor. She can often be found carrying a backpack with a few of these treasured items and quoting out of date phrases from the 20th century. She loves nature and travels to the far south side to a large prairie and wetland restoration to watch migrating birds. Codex lives in New Lawndale on the city’s West Side. Codex met Tsang several years ago on a virtual reality channel, but the two have never met face-to-face until they were placed into the same civic assignment. 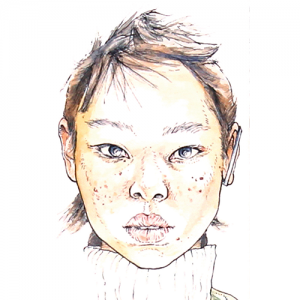 A resident of the Obama Gresham district on the city’s south side, Tsang is comfortable moving throughout the city in 2211. She is curious and loves learning about new inventions, puzzles, patterns, and systems. Tsang likes to use data to make evidence- based decisions—and this can be seen in the initiative she takes during the Planning Council assignment. Tsang wants to attend the Illinois Institute of Technology, but is nervous she won’t get in. When Gabriela and Rafael Yao offer to help her in exchange for her vote on the Planning Council, she is faced with a serious dilemma. 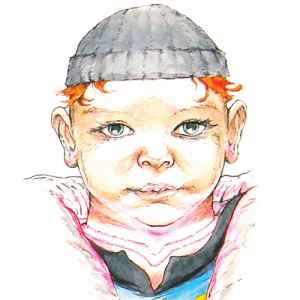 Charismatic and funny, privileged and entitled, Octavius lives a sheltered life in an elite residential tower in the City Core district of downtown Chicago. He has not been exposed to much outside his parents’ social and business networks of high-powered people and his knowledge of other people’s life experiences is limited. His parents pressure him to make decisions in ways that will have a positive impact on his future. Until his experience on the Planning Council with Tsang and Codex, he has not been challenged to think deeply about the impact of his choices or what life is like outside City Core. Kind and open-minded, he chairs the Planning Council and helps the group work through the process to make a decision they can present to the mayor. 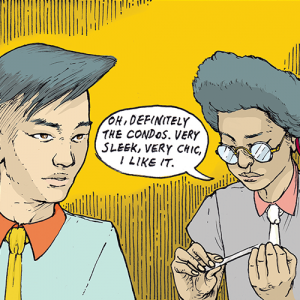 Gabriela and Rafael are cousins. Like Octavius, they live in City Core and are part of the city’s elite class. The Yaos are glad to be placed on the Planning Council and believe it is an opportunity to support their family’s business. When Rafael offers to help Tsang get into IIT in exchange for her vote, he learns more about her life outside City Core and develops empathy for the different perspectives each Planning Council member brings to the table.

Chatham (“Obama Gresham”)
The community area of Obama Gresham is located approximately 10 miles directly south of downtown. The area is bordered by 79th Street (north), rail tracks (east), 95th Street (south), and Wallace Street/approximately Damen Avenue (to the west). In honor of President Barack Obama, the 44th president of the United States, the Auburn Gresham neighborhood was changed to Obama Gresham in 2066, 50 years after his presidency. Today, the neighborhood is dense and new tall apartment buildings have sprung up to meet the demand of a growing population.

East Side
Over the course of 200 years, the city increasingly consolidated services in denser neighborhoods and invested along public transit lines. Less populated areas—including the once heavily industrial zones on the Southeast Side, 12 miles south of City Core—were prioritized for natural restoration. The city purchased the land and protected open, natural reserves along the lakefront for restoration as wetland, marsh and prairie. This future vision is drawn, in part, from proposals such as the Calumet Open Space Reserve Plan, the Calumet Initiative and the Burnham Greenway.

Loop (“City Core”)
City Core has become increasingly dense with businesses and residential units in the area centered around the intersection of the Chicago River and Lake Michigan. A forest of skyscrapers defines the horizon and many of the tallest buildings top out at more than 2,000 feet (600+ meters). At the same time, many of the 20th, 21st, and 22nd century buildings are in need of rehabilitation. Residents still enjoy a protected lakefront of parks and public spaces. A robust Tube system provides public transportation to and from neighborhoods. The downtown also has many landing pads designated for docking delivery and personal flying vehicles. Most goods and services are delivered directly to residents’ homes.

South Lawndale (“New Lawndale”)
The community area of New Lawndale, located on the Near West Side about 3 miles from the City Core, was created after merging North and South Lawndale into one larger community area. In 2117, the Planning Council demolished many of the buildings (Codex notes there are no longer any brick buildings in her neighborhood) to create large modular housing units out of new materials. These modular homes helped meet the growing population in New Lawndale, but efficiency and density were valued over unique place-ness and character. In this neighborhood, trees are often grown inside buildings, rather than outside, as part of a system to have clean air and beautify the city with greenery year-round.

Uptown
The Uptown neighborhood is located approximately 7 miles northwest of the city center. It retains its historic character because several of the buildings first constructed in the neighborhood (now nearly 300 years old) are still standing. It is a mix of new construction, adaptively reused buildings, and historic preservation—as well as a diverse, eclectic mix of people and cultures. Two hundred years after its last major renovation, The Uptown Theatre—the historic heart and center of community life—is once again at the forefront of the neighborhood’s future.