From the traditional realism of the Art Institute's bronze lions to the sleek modernism of the "Cloud Gate" in Millennium Park, Chicago is filled with great works of public art. Here are five pieces you should know. 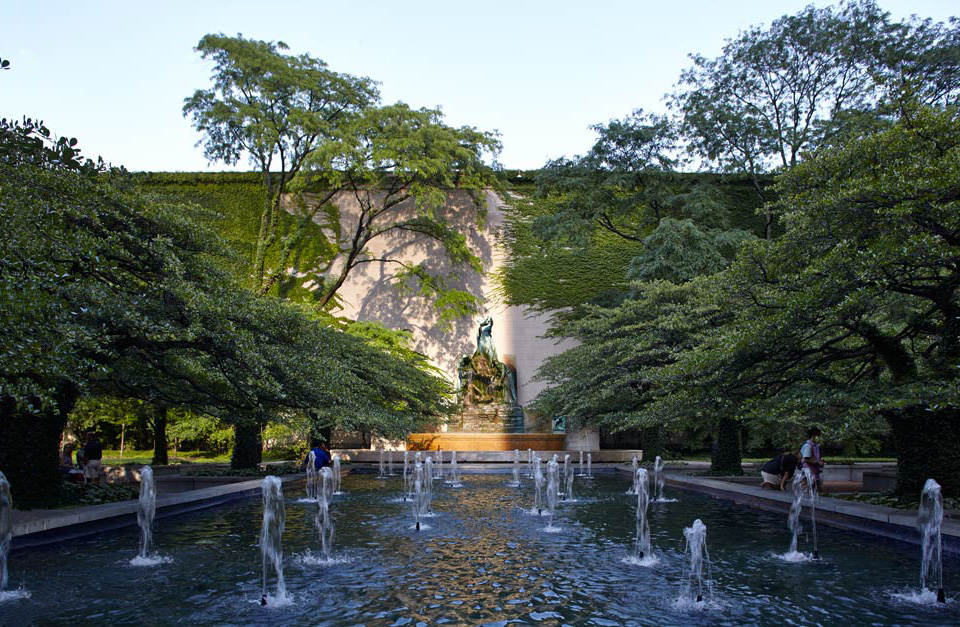 Located in the Art Institute’s South Garden, Lorado Taft’s Fountain of the Great Lakes started as a class project. While teaching at the School of the Art Institute of Chicago, Taft assigned the initial draft of the fountain to his students. Five of his female pupils modeled all of the figures in the fountain, which represent the five Great Lakes. 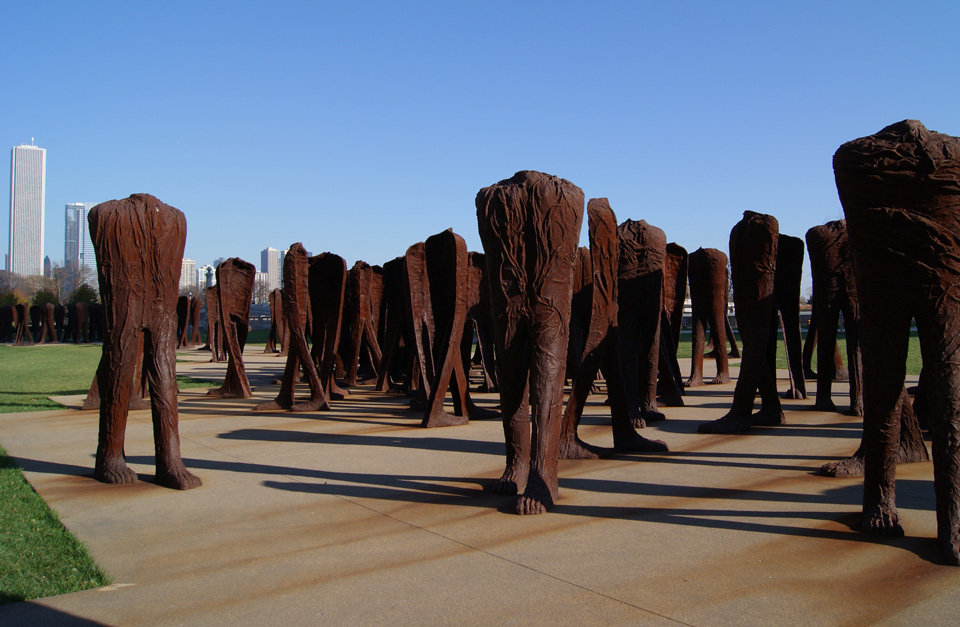 Comprised of 106 nine-foot-tall headless torsos, Agora gets its name from the Greek word for meeting place. Polish sculptor Magdalena Abakanowicz created the crowd of figures that lives as permanent installation in Grant Park. The sculpture’s meaning has many interpretations, but one theme is evident: the mindset of crowds. 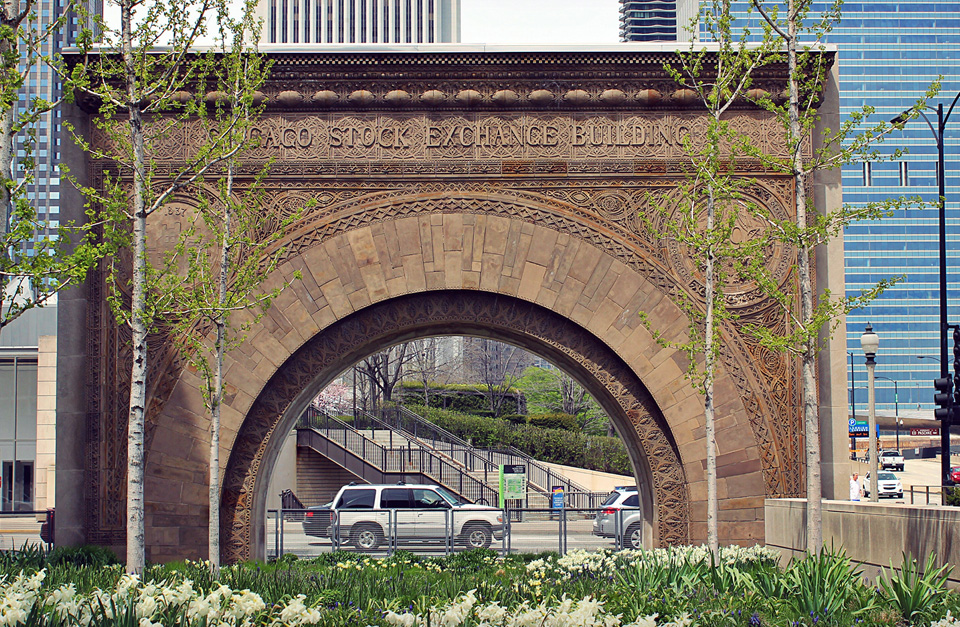 The Chicago Stock Exchange Building was constructed during the building boom that followed the Great Chicago Fire of 1871. Designed by Dankmar Adler and Louis Sullivan, the structure was razed in 1972 despite numerous protests from preservationists. Luckily, the building’s terracotta arch was preserved and installed in 1977 at the corner of S. Columbus Dr. and E. Monroe St. as public art. The arch is a prime example of how Sullivan fused elements of nature with early skyscraper technology. 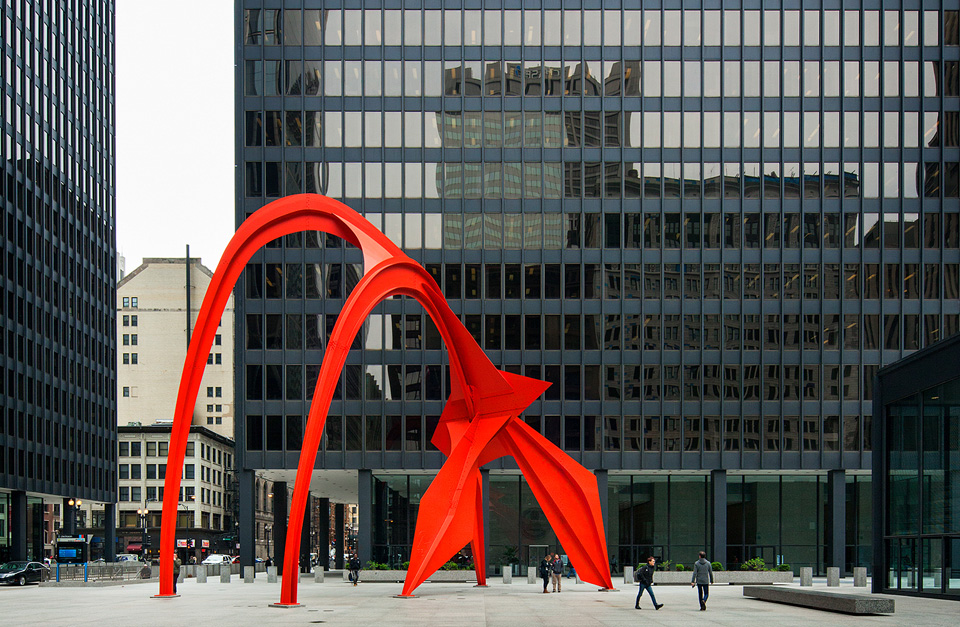 Alexander Calder’s Flamingo was installed in Federal Plaza in 1974. The 53-foot-tall sculpture weighs 50 tons and serves as the focal point of the urban plaza. Its bright red color—known as “Calder red”—is a complementary contrast to the stark Miesian architecture surrounding it. On the day of Flamingo’s dedication, a full-scale "Circus Parade" was held in celebration of the sculpture. 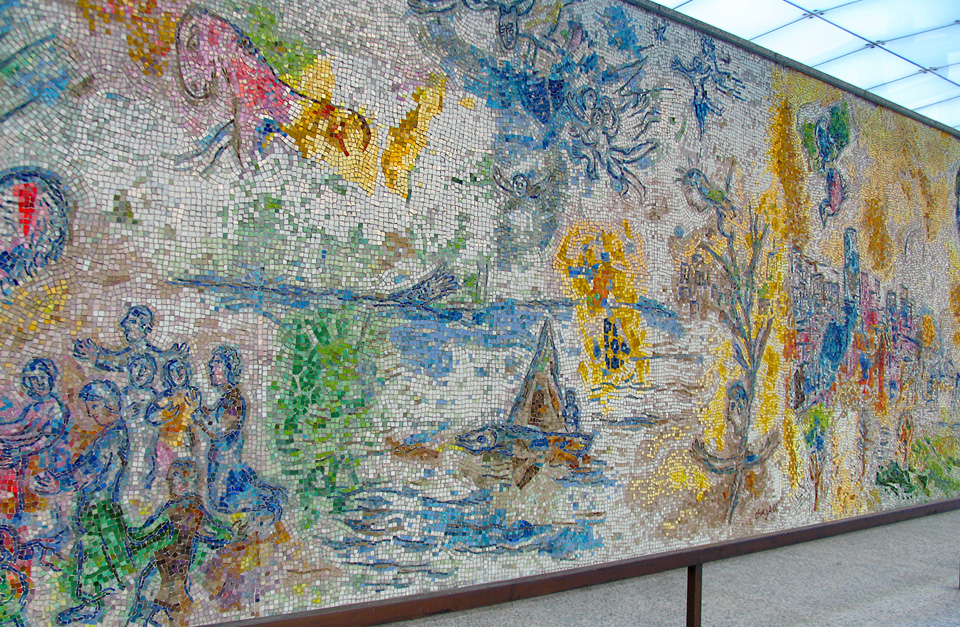 Composed of thousands of mosaic tiles in more than 250 colors, Marc Chagall’s The Four Seasons is located in the Chase Tower Plaza. The sculpture depicts the arrival of spring, summer, winter and fall in Chicago. A skilled mosaicist constructed the piece based upon a model Chagal had created in his studio in France. Chagal arrived two weeks before the sculpture’s unveiling and had to make changes to the portions of the piece that depicted the city’s skyline, as he was working from memories of his last trip to Chicago about 30 years prior.