Every city has its foundational stories. In this talk, CAC Program Director Hallie Rosen discusses Chicago: An Illustrated Timeline with author and CAC docent Ellen Shubart, which chronicles the city’s growth from Midwestern outpost to global metropolis.

Following a period of European and American settlement of lands that Potawatomi communities have long called home, and the steady growth of Chicago through the mid 1800s, an emerging business and political elite began to reposition the city as a transportation and manufacturing hub. It became a magnet for immigrants seeking jobs and a better life. With vignettes and vivid photography, Chicago: An Illustrated Timeline depicts the making of a megacity. Program attendees can purchase Chicago: An Illustrated Timeline through Barbara’s Bookstores. Use the Code ‘EVENT’ and receive a 10% discount.. 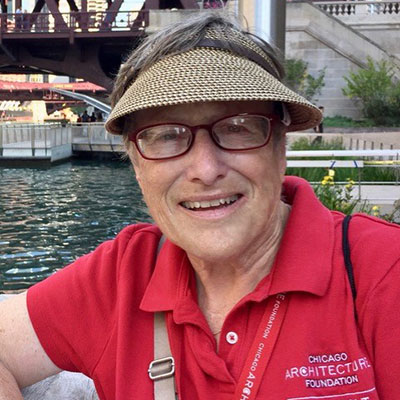 A lifelong Chicagoan, CAC docent Ellen Shubart spent more than two decades as a journalist, taught at the college level and ended her career as an advocate for sustainable city planning. A historian by training, with advanced degrees in U.S. history and historic preservation, she has written four books all with an emphasis on the history of the city of Chicago: What’s With Chicago?, Images of America: Glencoe, Illinois, Taylor Street, Chicago’s Little Italy and, most recently, Chicago: An Illustrated Timeline.