Author Daniel Seddiqui has learned a lot on his quest to work 50 jobs in 50 states. Join us for a conversation with the man dubbed the "world's most ambitious job seeker" and hear about his time harvesting corn in Nebraska, catching lobster in Maine, marrying couples in Nevada and so much more.

After struggling to land a job after graduating college, Daniel embarked on an epic cultural tour to better understand people and their passions. This brought him to all 50 states, where he learned about local cultures and participated in the authentic experiences they're most passionate about. He sang with the Mormon Tabernacle Choir in Utah, shot archery with Cherokee Indians in Oklahoma, performed on Broadway in New York and was a celebrity judge at a BBQ contest in Missouri.

In addition, Daniel has focused his research on the ways in which unemployment affects various communities and the social issues that stem from enduring job loss. Daniel has sought to implement new approaches to activism and public policy to address and remedy those societal problems firsthand, which he details in his upcoming book, Going the Extra Mile.

This event includes a lecture and discussion about Daniel's journey, moderated by Angela Esposito, Director of Education and Experience at the CAC. Books will be available for purchase and signing in the CAC Design Store. 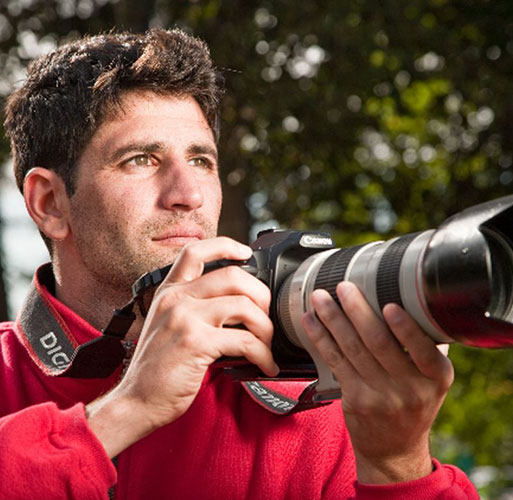 A homegrown Californian, Daniel learned how restrictive an environment of familiarity could be. He realized how small we make our world until stepping out of our comfort zone, whether it’s our field of study, environment, or fear of failure. Daniel’s a strong proponent of exploring the many great opportunities that exist and still to be created.

You can learn more about Daniel and his adventures at livingthemap.com.