"When architect Ludwig Mies van Der Rohe issued his famous proclamation 'less is more,' neither Brad Lynch nor David Brininstool had been born. Yet less is still more in the work of Brininstool + Lynch. For three decades, the office has consistently produced buildings and interiors whose beauty lies in their restraint: spare elegant structures that manipulate light, space and a simple material palette to create architecture of unusual grace." —Reed Kroloff

Enjoy refreshments, a book signing and an opportunity to speak personally with the architects and IIT’s new dean of architecture after the talk. 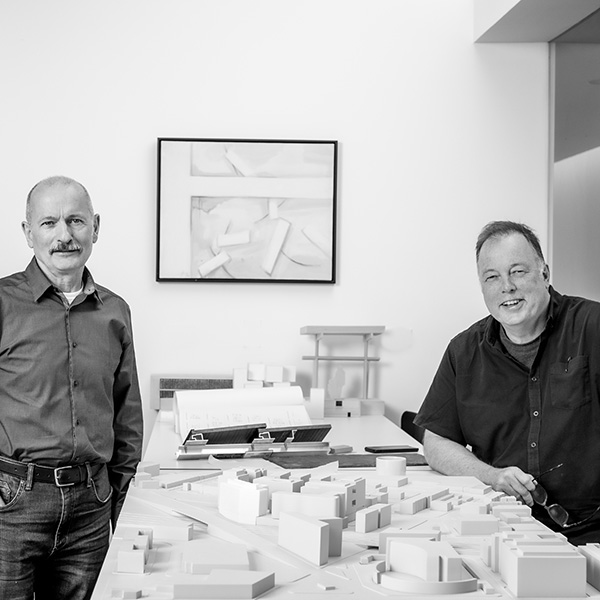 Midwestern natives David Brininstool and Brad Lynch met while working together at Chicago-based Pappageorge Haymes in the 1980s. Previously, Brininstool worked at Skidmore, Owings & Merrill following his graduate and undergraduate studies at the University of Michigan. Lynch was educated at the University of Wisconsin before working as a construction and project manager for the restoration of several Frank Lloyd Wright structures, including the National Landmarked Herbert Jacobs House, Wright’s first Usonian House and now an UNESCO World Heritage Site. Both Brininstool and Lynch have been actively involved in civic, professional, and academic endeavors—locally, nationally, and internationally—throughout their careers.