Join us as we commemorate 50 years of the CAC Docent program. Enjoy reflections from a panel of docents as they revisit memorable chapters and look towards the future.

The docent body is celebrating its 50th anniversary this year. Considered the best-trained docents in the city, these volunteers are at the heart of the CAC’s reputation for bringing Chicago’s architectural legacy to life. In leading dozens of engaging, well-researched tours across the city and suburbs, they have earned the trust and loyalty of locals and out-of-towners alike. 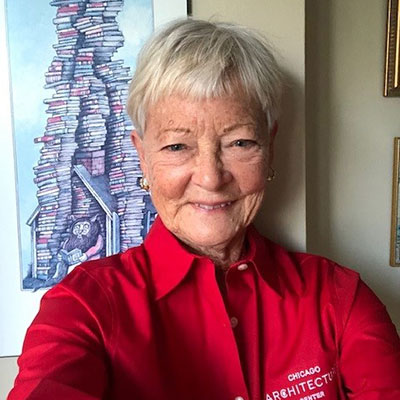 Jill is a retired middle school teacher and assistant principal. After bringing students to CAC for a tour, becoming a CAC docent joined her bucket list. She became a docent in 2013 and is certified to lead eight tours. Jill loves sharing the dynamic history of Chicago, the importance of its architecture and the stories of the people who have built the city. 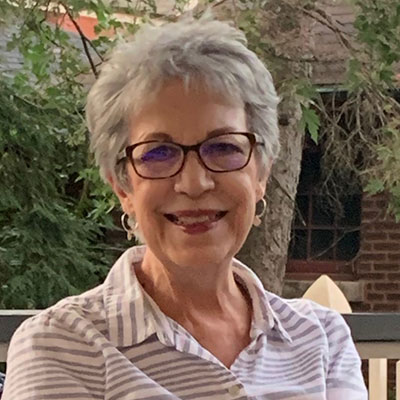 Emily has been a CAC docent since 2012. She loves giving CAC tours, especially the River Cruise, Neighborhoods by Bus and the French Language tour. A former French and English teacher who also worked for Encyclopedia Britannica Educational Corporation, Emily and her husband Chris live in downtown Chicago and enjoy spending time with their four grown kids and six grandchildren.