Join us as we explore the buildings of the Chicago Public Library, from its beginning in the 19th century in an unused water tower, to its dazzling 21st century neighborhood branches.

When the Great Fire of 1871 destroyed Chicago`s public library, a sympathetic Englishman named A.H. Burgess suggested that his countrymen help by donating a few books. Queen Victoria chipped in as did hundreds of others. The English gave 8,000 books which became the core of the new Chicago library.

We will visit the Chicago Cultural Center (built as the Chicago Public Library) and the Harold Washington Library, as well as some of the city’s most impressive branch libraries. As the Library approaches its 150th anniversary, see how it has evolved to meet the changing expectations of the citizens it serves. 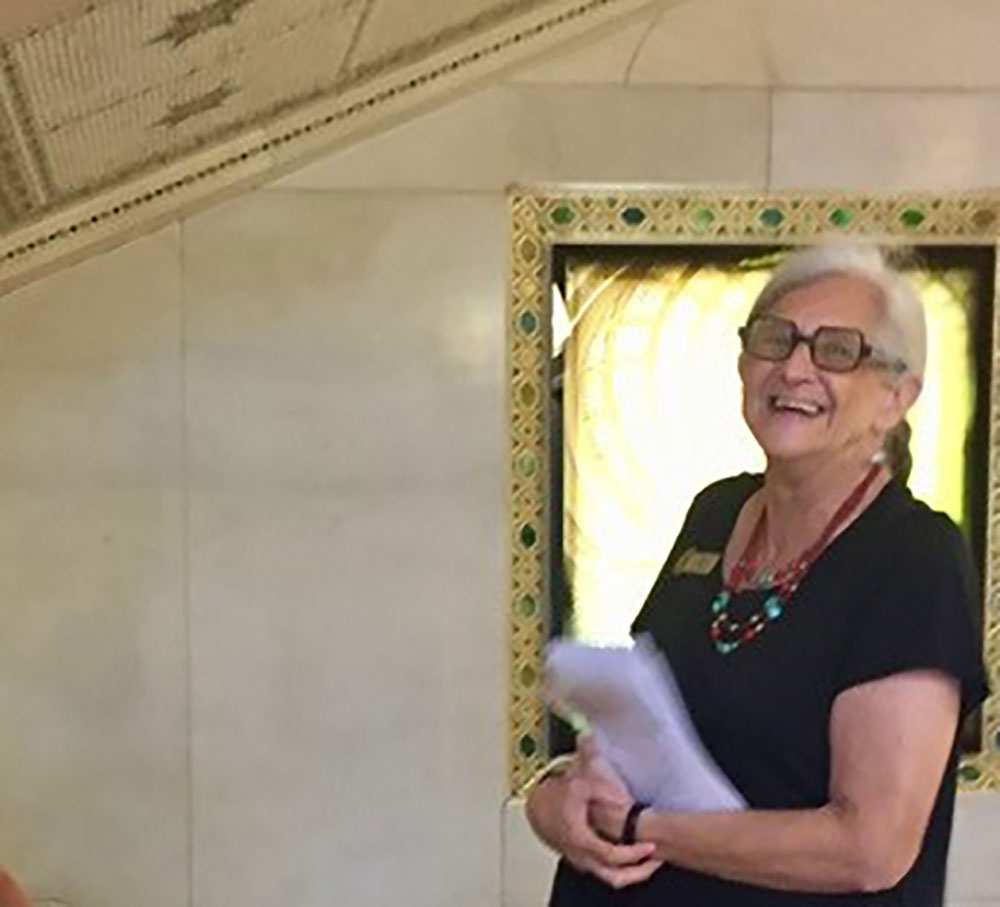 Susan Jacobson has been a docent since 2008 and gives nine different tours. She is co-director of Synagogues by Bus and Tiffany Treasures. Prior to becoming a docent, Susan enjoyed a 40-year career in academic librarianship at the University of Pennsylvania, Columbia University, and the University of Illinois in Chicago.