The Past, 1928
In 1928 Chicago, at the height of the construction boom following the 1909 Plan of Chicago, Reggie, Elisa and Bernard defy social codes to spend an afternoon together downtown. They run headlong into the contradictions of racial and class discrimination, and they must decide to stand and fight or protest another day, another way. 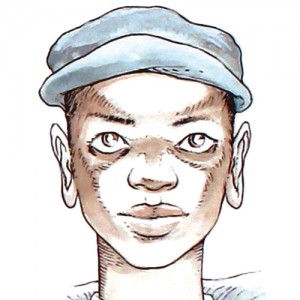 Reggie is the son of two business owners in Bronzeville. His parents migrated to Chicago’s “Black Belt” from Mississippi in the 1910s to escape the racial violence and discrimination of the Deep South and find new opportunities in the North. They own a diner in the heart of the hustle and bustle of the Black Metropolis known as Bronzeville, centered around 47th and Grand Boulevard (originally South Parkway; renamed Dr. Martin Luther King Jr. Drive in 1968). Reggie is a paperboy for the Chicago Defender, the “most important black metropolitan newspaper in America,” (The Encyclopedia of Chicago) and the paper’s journalists frequent his parents’ nearby diner. Reggie wants to be a journalist and keeps a diary. He meets Elisa Gallo at her food stand on Maxwell Street, about 5 miles north of Bronzeville, when his parents send him to the market to buy supplies for their diner. The two become friends and they explore the city together, often when Reggie is in search of a story to pitch to the Defender.

The character of Reggie is inspired by the life of Chicagoan Levi Williams (born 1913, Texas) who lived at 31st Street and Giles Avenue, with his parents, Morris and Annie Williams, brother Morris Jr., and sister Willa. The Williams were part of the Great Migration, moving from Texas to Nebraska before settling in Chicago. The family owned a restaurant at 427 East 31st Street. 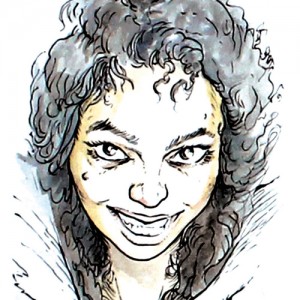 Orphaned when she was four, Elisa is cared for by an elderly woman she calls ‘Mammina,’ whom she lives with in a tenement near Taylor Street. In exchange for room and board, she works at the food stand owned by Mammina in the Maxwell Street Market, where she meets Reggie. Elisa’s interactions with diverse customers and vendors at the market nurtures her street-savviness and knowledge of the city’s secret alleys and hidden gems. Elisa is a polyglot from her multi-lingual upbringing, and is able to sell food at the market in Italian, Polish, Czech, German, Yiddish, Spanish, and English. Elisa is an active member of the Hull House community—“Chicago’s first and the nation’s most influential” settlement house established by Jane Addams and Ellen Gates Starr (The Encyclopedia of Chicago)—where she participates in health and meal services, and art and language classes. Elisa met Bernard Richter at Hull House, where she is an English tutor for recent immigrants. 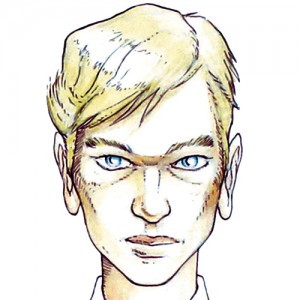 Bernard is a recent German immigrant who fled the instability of post World War I Germany with his immediate family. His extended family has been living in Chicago since the 1880s. They all live in Austin, on the city’s West Side, a neighborhood that grew and attracted upwardly mobile Germans and Scandinavians. Bernard and his family live in a typical Chicago bungalow, newly-constructed in the 1920s. Several of Bernard’s family members are engineers and he is fascinated by the many engineering marvels constructed during the industrial heyday of Chicago in the 1920s. He meets Elisa at Maxwell Street, approximately 7 miles east of his home in Austin. Bernard tells his family he is going to meet his cousin Otto downtown to see the Michigan Avenue Bridge being raised over the Chicago River, but he actually is spending time with Elisa. Bernard has a crush on Elisa and uses the pretense of practicing English as an excuse to spend time with her. He’s disappointed when he meets Reggie because he thought he would be spending the day alone with her.

In 1899 Austin became one of several independent surrounding towns that was annexed to the city of Chicago. The neighborhood’s rapid transit lines—both suburban commuter trains and streetcars—increased and were well-known for their speed and frequency. In Chapter 1, Bernard is seen riding the “Green Hornet” streetcar along a busy Madison Street.

Middle-class Germans and Scandinavians settled in the neighborhood first, followed by Irish and Italian families who continued to build many large Catholic parishes and schools. By the 1930s, the neighborhood had 130,000 residents. The early housing stock of Austin consisted of large single-family neoclassical and Queen Anne style homes, as well as several Prairie style homes designed by Frank Lloyd Wright. In the 20th century, new brick two-flats, smaller frame homes, and typical Chicago bungalows were built. The Richter family calls one of these one-and-a-half story brick Chicago bungalows home.

Austin is also home to Columbus Park—“the crown jewel of the neighborhood”—which Bernard passes through on his way to the streetcar. Designed by Jens Jensen in 1920, a significant landscape architect influenced by Frank Lloyd Wright’s Prairie Style, Columbus Park featured quiet and restful spaces as well as athletic fields.

Near West Side, 1928
Beginning in the 1850s, the Near West Side of Chicago was the main ‘port of entry’ neighborhood for new immigrants. Located two miles west of downtown, the area is bounded by rivers and railroads: Chicago and Northwestern Railroad/Kinzie Street (north), Pennsylvania Railroad/Rockwell Street (west), the Chicago River (east), and 16th Street (south).

German, Bohemian, French, and Irish immigrants arrived first, followed later by Eastern European Jews, Greeks, and Italians into the late 19th century. As historians Dominic Pacyga and Ellen Skerrett explain in Chicago, City of Neighborhoods, the overcrowded neighborhood was less of a ‘melting pot’ and more often an area divided along ethnic, economic, and racial lines.

Most residents lived in wooden two- or three-story gabled homes constructed throughout the 1880s and 1890s during the first population boom. Many factors led to challenging living conditions—extreme overcrowding, a lack of sanitation facilities, very little green spaces, densely-constructed buildings with little access to light and fresh air, and often unpaved streets.

One of the most important institutions on the Near West Side was Hull House, Chicago’s first—and the nation’s most influential—settlement house. Reformers Jane Addams and Ellen Gates Starr established the home in 1889 with the goal of providing social services, training, and resources for the hundreds of thousands of immigrants in the surrounding neighborhoods.

On a typical day in 1928 on Maxwell Street—at the intersection of Halsted and Maxwell streets—you’d find rows of temporary tables and pushcarts set up between the shops. The street would have been crowded with peddlers selling everything from food to clothes to household goods. Acoustic guitar music, and then later electric Blues music—a major movement in music evolution—thrived on Maxwell Street. This is where we first meet Elisa.

Middle-class and working-class people, typically second generation Irish, Scottish, English, and German Jews were the first residents of the neighborhood. A few African-Americans lived in Grand Boulevard in the 1890s, but the population started to swell in the late 1910s during the beginning of the Great Migration from the rural states of the Deep South—one of the most rapid racial transitions in any Chicago neighborhood. By 1920, blacks made up 32% of the neighborhood residents; just ten years later blacks were 95% of the total population. And by 1950, the community’s 114,000 residents were 99% African-American.

Often characterized by historians as a cultural mecca and a “city with a city,” Bronzeville in the 1920s was a thriving metropolis of black-owned businesses, religious institutions, social and music clubs, and civic organizations. A large number of black artists, musicians, writers, athletes, intellectuals, and politicians called Bronzeville home in 1928. The heart of the neighborhood was the commercial corner of 47th Street and Grand Boulevard which was home to the Regal Theater. We see Reggie walking past the theater on his way to his family’s restaurant.

The original housing stock around Bronzeville is some of the finest examples of single family row homes, two-flats, and three-flats. Typically constructed of brick with rusticated stone facades and ornate details, the homes have provided a solid housing stock for many generations.