Beyond blues music and improv comedy, Chicago’s national and international influence extends to architecture. Here are five ways that Chicago events, people and structures have impacted the built environment across the country and around the world.

The 1893 World’s Fair, held in Chicago’s Jackson Park, made the fifth century B.C. fashionable once again. Daniel Burnham and a team of World’s Fair architects chose to model the Fair’s grand pavilions after the ancient temples of classical Greece and Rome. In vogue for the next 30 years, Classical Revival civic buildings and banks were designed and erected across the United States. 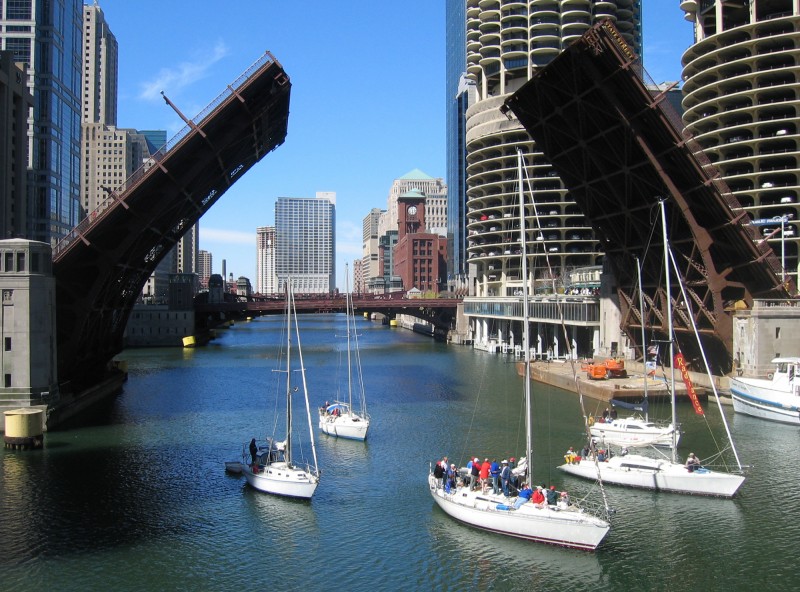 Like two evenly balanced kids on a playground seesaw, Chicago trunnion bascule bridges rotate around a large fixed axle. (In French, “trunnion” means “pivot point” and “bascule” means “seesaw.”) These steel bridges are raised and lowered by enormous counterweights. Engineered, built and perfected in the early 20th century, the “Chicago style” bridge was used to span urban river crossings throughout the country. Today, Chicago still has more movable bridges than any city in the world.

In a typical 19th-century Victorian home, rooms were designed with their own distinct boundaries and functions. Parlors and dining rooms, for example, were designed as separate boxes, with doors and walls to delineate one space from the other. Today, the doorless and wall-free open floor plan so common in our homes owes a great deal to the Prairie Style dwellings designed by Frank Lloyd Wright in early 20th-century Chicago.

Since the 19th century, Chicago has been an incubator for new ideas, risk taking and innovation in skyscraper design, both at home and abroad. From 1895’s gleaming white terra cotta Reliance Building, to the 1950s glass-skinned residential towers of Mies van der Rohe and right up to 21st-century supertall skyscrapers built in the Middle East and Asia—this is the city where architects have continually pushed the limits of structure and aesthetics. Recent data from The Council on Tall Buildings and Urban Habitat (CTBUH) confirmed that Chicago design and engineering firms have collaborated on 19 of the current 100 tallest buildings in the world. 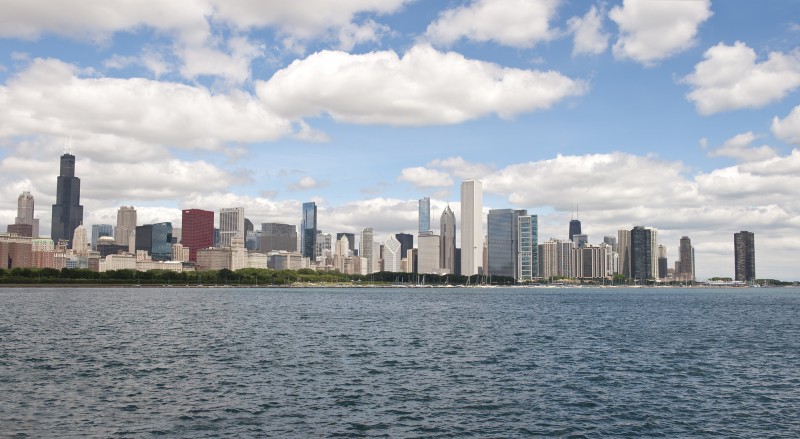 In many other American cities, lake- and ocean-front property is either gobbled up by industry or available only to the wealthiest of citizens. But Chicago is different. Thanks to ideas spelled out in early city land charters, the visions of Daniel Burnham and Edward Bennett’s 1909 Plan of Chicago, and through the legal efforts of Aaron Montgomery Ward, our city’s front yard remains a playground for the people.