Are we in the midst of a new age, or second wave, of park design in Chicago? As recreational space continues to pop up around the city, all eyes are on its new “playscapes.”

Chicago has always been concerned with its parks, gardens and green spaces. In fact, the city’s motto, adopted in the 1830s, is "Urbs in Horto"—a Latin phrase that means "city in a garden." But over the years, park design has evolved. Gone are the tranquil, passive “rooms” filled with plantings that were so popular at the turn of the 20th century. Parks like Maggie Daley Park and The 606 are lively spaces intended for recreation. They’re designed with playful activity in mind.

The Way it Was

Chicago’s first wave of park construction happened in the late 1800s and early 1900s. Grant Park, Jackson Park, Washington Park, Garfield Park, Humboldt Park, Douglas Park and Lincoln Park formed a green necklace surrounding the city. These parks were divided into a series of smaller parks—or rooms—within the larger one to create a sense of calm. They provided peaceful, quiet areas to enjoy the outdoors and escape the din of the surrounding city. 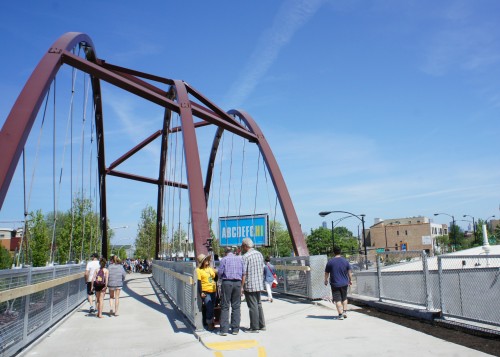 From Passive to Active

When Millennium Park opened in 2004, it hinted at the shift in park design. Although it includes a series of rooms, as its predecessors did, in use, it points us toward the playscapes of today. Visitors interact with iconic public art, they enjoy concerts under the Pritzker Pavilion, and they dip their toes in the water features of the Lurie Garden. 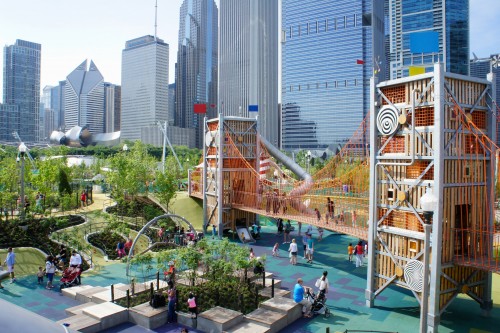 Maggie Daley Park and The 606 illustrate the city’s effort to develop a new type of park that provides recreational opportunities for its residents. Their designs are examples of the “playable cities” movement—a reaction to the inherent coldness and anonymity of the urban environment that technology threatens to worsen. Playscapes encourage connection and community. They give visitors a chance to participate in energetic activities intended to remind us of what makes us human.

The city hopes these playscapes will enrich the lives of those living in a dense urban environment, increase real estate values and promote tourism. Will they help the city achieve these particular goals? Only time will tell.

Still, the shift in park design is already earning Chicago recognition. In 2013, Mayor Rahm Emanuel earned the first-ever Playful City USA Leadership Award from KaBOOM, a non-profit organization dedicated to “giving kids the childhood they deserve by bringing play to those who need it.” That same year, Chicago was named a “Playful City USA” community. With more projects planned for 2015 and beyond, including a Northerly Island revamp and the second phase of the Riverwalk, Chicago is on its way to creating an even more playful environment.