Join us for an evening with with legendary Chicago architect and activist Stanley Tigerman as he reflects on his career and his impact on Chicago and architecture and design.

Often classified as Postmodern, Stanley’s buildings are authentically American in their hybridized style and contemporary blend of historical references. Credited with 450 designed projects and 175 built works, Stanley was also a leader of the Chicago Seven movement, a loose-knit group of architects allied in their critique of the Miesian Modernism that dominated post-war Chicago. The group organized influential exhibitions shown around the world and led a discourse around the future of architecture.

In recent decades, Stanley's work with Tigerman McCurry Architects and the alternative design school Archeworks, which he co-founded with Eva Maddox, has specialized in using architecture to address social needs. The CAC's Reed Kroloff will lead a conversation with Stanley following his talk. 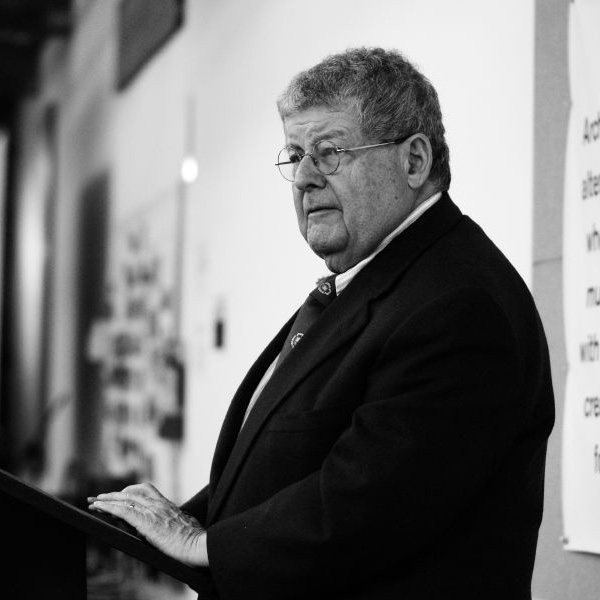 Stanley Tigerman is a former principal (retired) in the Chicago architectural and design firm of Tigerman McCurry and a Fellow of the American Institute of Architects (AIA). He's designed over 450 buildings and installations around the world throughout his 51 years in private practice, and was the founding member of “The Chicago Seven” as well as the Chicago Architectural Club. In 2008, he was named the recipient of the AIA/ACSA (Association of Collegiate Schools of Architecture) Topaz Medallion for Excellence in Architectural Education as well as the AIA Illinois Gold Medal in recognition of outstanding lifetime service. More locally, Stanley Tigerman was honored by AIA Chicago with the 2013 Lifetime Achievement Award.

Imagine this: 20 PowerPoint slides, shown for only 20 seconds each. The slides advance automatically—so…