What can Chicago learn from adaptive reuse projects in other parts of the world? Hear Dominc Bettison, director of London-based WilkinsonEyre, explain how his firm has ingeniously reinvented neglected spaces in aging cities.

For more than three decades, WilkinsonEyre has led pioneering works in urban revitalization. Among those is the large scale adaptive reuse of London’s iconic Battersea Power Station, which is reminiscent of the ongoing redevelopment of Chicago’s Old Main Post Office. Other projects that will be highlighted during this lecture—sponsored by Related Midwest—include the re-purposing of 19th Century gas refinery relics in London as elements in a new residential development and several pedestrian bridge designs that have proved to be important investments in cities around the world. Dominic will also touch on some of the firm’s other award-winning work, like the Guangzhou International Finance Center, which ranks as one of the tallest buildings in the world.

Mark Sexton is a founding partner of Krueck + Sexton Architects and, along with Ronald Krueck, designs and manages all of the firm’s work. Mark has worked with Ron Krueck since graduating from the Illinois Institute of Technology in 1980. He became a member of the AIA College of Fellows in 2006. Mark serves the GSA Design Excellence Program on their National Registry of Peer Professionals as well as the School of the Art Institute of Chicago Advisory Design Council and the IIT College of Architecture Board of Overseers. He also teaches an Architecture Engineering and Design course at the School of Civil and Environmental Engineering at Northwestern University. 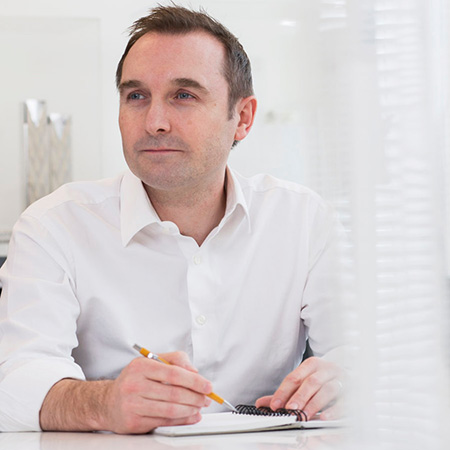 Dominic Bettison joined WilkinsonEyre in 1991, becoming a director in 2006. He has been instrumental in the design and construction of many of the practice’s key projects, including the 440-meter high Guangzhou International Finance Center. Dominic currently oversees a number of high profile, international projects, including the design of CIBC Square in Toronto. This 3,000,000-square-foot development integrates with Union Station and features twin office towers connected together by a skypark. He is also the project director for 18 Blackfriars in London, a residential tower and 450 room hotel centered around a major new public square.