Join us for a review of seminal projects by Kieran Timberlake as the firm’s newest design, the U.S. Embassy in London, prepares to open. Founding Principal James Timberlake will discuss the critical considerations involved in designing for diplomacy.

In building the embassy, Kieran Timberlake had to consider the best way to convey openness and interdependency through design, while meeting security needs. Scheduled to open later this year, the building is a visually engaging crystalline cube that has already received both praise and criticism. James will discuss the security features in the building and landscape and how the design significantly reduces energy consumption and works to achieve carbon neutrality. Esteemed architectural photographer, lecturer, and critic Lee Bey interviews James following the presentation. 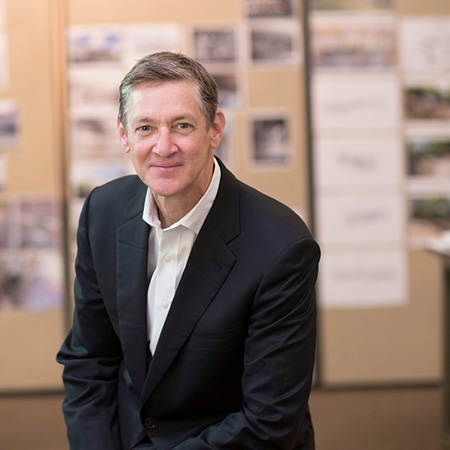 James Timberlake is a partner at KieranTimberlake, an award-winning architecture firm established in 1984. James is interested in efficient construction methods, resource conservation strategies and the novel use of building materials. His projects include an actively ventilated curtain wall at the University of Pennsylvania; a fully recyclable, energy-gathering dwelling called Cellophane House™; and SmartWrap™, a mass-customizable building envelope exhibited at Cooper Hewitt Smithsonian Design Museum. Under his guidance, the firm has received more than 190 design citations. James has co-authored six books on architecture, taught at several universities and served on the Board of the National Institute of Building Sciences. 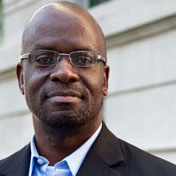 Lee Bey is a respected built environment expert who consults and lectures on urban design, community development and architectural preservation. He regularly appears in print and broadcast media discussing architectural topics. Lee served as the Chicago Sun-Times’ architecture critic for five years and spent three years as deputy chief of staff for architecture and urban planning under Chicago Mayor Richard M. Daley. Lee also worked as the director of governmental affairs for Skidmore Owings and Merrill and as the associate director for special projects at the University of Chicago.

A bold new crop of cultural spaces designed by local architects is popping up in Chicago. Hear the story…